Our scene opens backstage, just a few minutes after Jeff Jackson's third Alpha and Omega tournament loss. He is sitting in his locker room, still gathering himself after basically passing out in Amy Jo's finishing hold. He's staring at himself in the mirror, but at this point it's unclear if it's intentional or if he's still loopy. After a few more seconds though, the look changes from a more blank stare to a look of pure rage. He is DEFINITELY stating the proverbial hole through himself on purpose now. As he does this, he begins seething more and more, until he finally can't take it anymore.

He shoots up out of the chair he was in, sending it flying behind him. He swipes his right arm across the counter top, sending all of his belongings flying about the left half of the room. He then seems to calm for a brief moment, looking at himself once more. Then out of nowhere, he gives himself a nearly demonic grin, and lunges forward, headbutting the mirror with his forehead and splitting himself open. He finally speaks for the first time, but it is pretty obvious which “part of himself” is doing the talking right now.

Damian: Yes, yesssssss! Feel the rage, embrace it! Use it to get what you want damn it! You've been overlooked, downplayed, and under appreciated for 20 god damn years. Fight back you son of a bitch! Take everything they've robbed you of back from them! Take every insult, every screw job, and every betrayal and shove it up their asses! I'm not the only help you need, Jeffrey. You know what you need to do. You know who you need to become. Find him, embrace him, and destroy them all! Slay the wicked, one victim at a time! Destroy the evil, one demon after another! Find him Jeffrey, and use him to bring us back to the light. Do what needs to be done, and do it now!

Jeff grins at himself once more, watching the blood flow down his own face while mumbling in an entirely unique vocal tone from either his normal self or his Damian persona. He is mumbling the following words.

The next scene opens with Jeff standing at the edge of a lake at dusk. It has clearly been a number of days since the incident backstage, as he is no longer wearing a bandage over the wound on his forehead and it has begun scarring. He is dressed in a deep purple cloak, with the hood currently down. After about two minutes, he pulls the hood up over his head and walks into the water. Once he reaches just above waist height, he stops and turns back toward the camera crew on land. He gives the world a slight smirk. Not evil looking this time, more of a look of acceptance. He then falls backward into the water as the following begins playing over the scene.

After about 30 seconds, he resurfaces. He pulls the wet hood back over his head as he does so. He then puts his head down and begins making his way back to shore. Once he reaches land, he drops to his knees with his head down. He puts his arms out to the side with his hands open. When he raises his head, the image is terrifying. He is wearing a mask that can only be described as a demonic looking skull. He begins laughing maniacally for several seconds with his head back, before thrusting his head back to facing forward. He utters a few haunting words in the same voice we heard at the end of the last scene.

“I am he who was chosen by the fates. You have met my right hand, and now you shall meet me. I am The Judge, the manifestation of Justice herself. Walk with me, or become one of the judged. The choice is yours.”

With that, the scene fades to black on a close up of this new incarnation of the body known as Jeff Jackson. 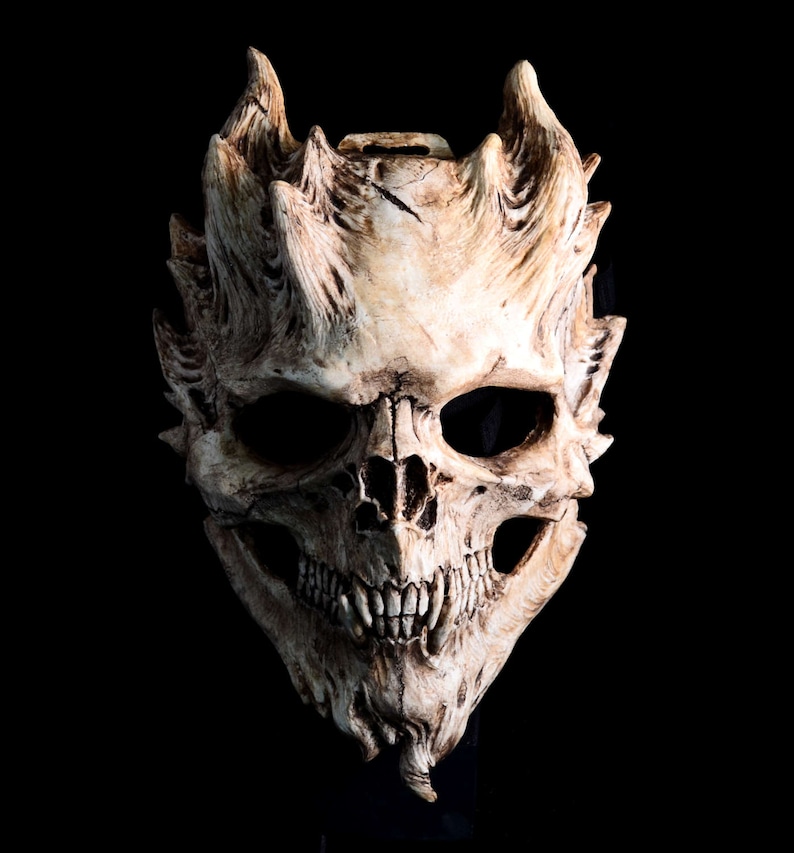