Contrary to popular belief Australia does in fact experience its fair share of cold winters (cold being a relative term of course). On the eve of the 23th of February, amidst the shadowy confines of the Toowong cemetery, it is one such night with a fitting atmosphere of a still and silent chill in the air. Dean Coulter ignores the biting cold as he kneels with careful deference before one particular gravestone. 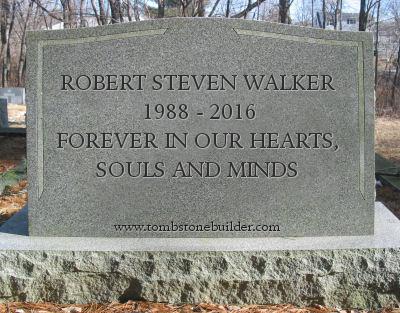 A familiar voice breaks Dean away from his moment to regard the figure of his approaching friend, appearing amongst the headstones. True to form Sam Braxton has in his hands a stubbie of Hahn Superdry. Sam notices Dean’s gaze fall upon the only recently opened glass bottle of amber elixir.

“Struth mate! Give a bloke a break. You know, how much I hate comin’ here.”

Dean remains silent; watching Sam as he ungraciously comes to sit beside Dean in front of Bobby Walker’s grave.

“Always gives me the creeps.” Sam adds with a shiver and taking a swig of beer.

“You can’t be takin’ all the blame mate. Our performance at the CWF was heaps barro, but don’t go all fruit loop over this horseshit. You’re supposed to be the cool, calm and collected bloke. With Bobby gone, who else is gonna keep me from comin’ a gutser.”

Despite himself Dean manages a small fragment of what resembles a smile. It’s Sam’s special way of admitting how much he needs Dean. Though unspoken, the feeling is mutual.

“It’s a sad state of affairs when Sam Braxton ends up the responsible one.”

Sam splutters, spitting out his drink.

“Pull the other one.” He exclaims in mock indignation. The two share a strained laugh.

“You reckon Bobby’s turnin’ in his grave?”

“Sam mate. He’s probably having a right fit. We failed him, his memory, and cause of that we ultimately failed the CWF… I…I’m so sorry.”

Dean breaks out into a deluge of tears, pulling Sam in for an embrace. Sam isn’t known for affection, or a healthy expression of emotion for that matter, and just stands there awkwardly, occasionally giving Dean a hesitant pat on the back.

“Mate c’mon…” His voice expresses his discomfort, “Besides it ain’t me you gotta apologise to. Jess is about to start a real blue after your disappearin’ act.”

A series of events had forced Dean to burn many bridges, separating himself from Sam, his family and his girlfriend, Jessica Matthews. The group known as Ouroboros had effectively held Dean’s mother, suffering from cancer, hostage in their treatment facility. Dean had sided with the evil stable, doing their bidding and performing acts he is far from proud of. Eventually the stable dissolved and Dean had vanished, only resurfacing for a raid into the Epicentre, Ouroboros’ base of operations, to achieve some shred of vengeance and redemption. Sadly since then Dean’s mother had passed. A silver lining amongst it all is the strained relationship between Dean and his father slowly being repaired.

“How many times have you told me mate, no one ain’t above second chances and makin’ up for mistakes. God knows I made heaps in my time. But if you’re tellin’ me there ain’t hope for you, then you might as well condemn me to the great BBQ down below. You’re the only family I got left. You and maybe Jess one day, if you don’t fuck it up again. Stop bein’ a sook and talk about how we can fix this.”

Dean composes to regard Sam in a new light. They are close friends since school, more akin to brothers and this is the first time Dean has ever needed Sam. The Aussie Battler is pleasantly surprised, not once did Sam give up on him and had readily forgiven Dean in an instant.

“Not so loud! Got a reputation to keep you drongo…So you’re with me?”

“You beauty! Cause as it so happens the CWF are coming to us.”

The pair pay their respects to their departed friend and former team-mate. Sam polishes off the rest of his drink and leads Dean back to a surprising sight, a refitted Chevrolet Impala. Dean is touched that Sam had kept the car.

“I reckon this calls for the song. Just this once.”

Sam gives Dean a withering look, but eventually sighs in defeat and throws the keys to Dean.

Driving off, Dean gleefully cranks up the volume of the stereo, blasting out ‘Carry On my Wayward Son’ through the streets of the Brisbane suburbs. It’s fair dinkum, the Championship Wrestling Federation is heading to Aus. What the Lost Boys don’t realise is how drastically the landscape of the federation has changed. The days of the Lost Boys may be well and truly over…but if nothing else, Sam and Dean can be trusted to go down swinging.

Roughly 20 to 30 minutes away from Sydney, New South Wales, is the beach of Bondi (its fame increasing worldwide thanks to featuring in a couple of syndicated television shows) and according to Sam Braxton’s verbal travel guide of Aus, if the talent of the CWF had any lick of sense they would take some time to visit the sun-streaked white-sand crescent beach. Populated by locals and holiday-goers alike, all dressed in their best and most figure complimenting swimwear and surrounded by trendy cafes and casual pubs, it is a must-see tourist spot that caters to the wants and needs of every discernible individual.

At least as far as Sam is concerned…

It seems prophetic that Sam and Dean find themselves on this beach only days before their glorious return to the CWF since they had been holidaying on the very same beach the day they discussed and decided to break their own rules, don the ring-gear once more and compete in an American company. The irony is not lost on the savvy and insightful Dean Coulter, who deigns to keep the metaphoric thought to himself and not tarnish Sam’s enjoyment of the…ah…’natural landscape.’ For his faults, Sam is at least a man of simple tastes; wrestling, alcohol and sheilas. It is a moment of brotherhood, caught in the middle of the fervour around them that unfortunately has to be dispelled as Sam asks the important question.

“You reckon it’s a good idea…comin’ back and all?”

“Struth Sam, you suggested it!”

“Yeah…but…wrestlin’s all I got. With my history I got no other prospects, no future and I can’t afford to fail again.”

“Nah mate, relax. A return is exactly what we need. Last time we lost sight of who we were, let’s not make that same mistake. We claimed to help the CWF, to set them on the right path, but really, we were as helpful as an ashtray on a motorbike. We got a chance to set things straight, to do better, to BE better, and instead of wallowing in self-pity, we’re gonna step into the ring, regardless of who we’re up against, show them how we do it Down Under and have a bloody good time. THAT’s the Lost Boys way.”

“But can the competition handle it?”

Disappointed by the realisation that his favoured beverage  has been drank in its entirety, Sam nudges his friend and partner. They pack up their beach chairs, trudging across the Bondi sands and making a beeline for one of the nearby pubs. A Sam with an empty glass is never a good thing.

“Who are we even facing at the next show anyway.”

The drinks are ordered and the two take a seat. Typical Sam. Ever eager for the fight, heedless of who the opponent is.

“Actually, we got quite the challenge waiting for us. Two different teams.” Dean explains.

“You beauty! More for me to thrash.”

“You’re eagerness could be our downfall. One of the teams is the Tag-Team Champions, and no it’s not a title match.”

“The champs are the Samoan Ghost Connection, Kendo and Crimson Ghost. I know the names mean next to nothing to you, but they are the champs so don’t discount them too quickly. Kendo has made a living out of the art of fighting, he’s undoubtedly highly trained and can boast a fair degree of skill. As hard as it may be to believe he probably enjoys it more than you do Sam.”

The larrikin scoffs at that.

“And his partner, the Crimson Ghost, is a lot like us actually. Has travelled around the world and is well learned in wrestling through the Indies. He won’t be a slouch either. Put them together and you can bloody bet they’re gonna be a tough pair.”

“Alright, alright. You talk them up all you want. Just let me know when the fightin’ starts.”

“Perhaps you’d take more attention to the other team then.  MJ Flair and Cheshire, though we used to know them as Mia Rayne. Mia’s changed a couple of times since our day.”

“Always knew they have their Roos loose in the top paddock. At least they’ll be more fair dinkum.”

“Probably more than you know. Both are former World Champions and some of the toughest competitors we’re probably gonna see world wide, if we remove the tenuousness of their alliance. I’m still trying to understand it myself and so far Mia…Loki…Cheshire…Whatever the name is has grown quite infamous.”

“Blah blah blah. C’mon Dean you’re the words-guy but I’m only in it for the action. You said it yourself. We do what we do, and how we do. None of the other teams are True Blue like us. We’re the toughest pair of wankers and ain’t none of them within cooe of what we can do. Let the Samoan Ghost Connection come. Let MJ and Cheshire step up. They are in the Land of Aus now. They’re steppin’ into OUR ring this time. And in the words of Men at Work. They better run, they better take bloody cover!”

Dean can’t help but smile. Sam’s near insular focus towards a physical altercation (and his determination to come out on top) is enough to temporarily assuage the Battler’s own dominant feelings of guilt and shame for his past actions. Perhaps there is hope for him yet, and who knows. Perhaps there is a very real chance the Boys can once again claim the title belt crowns, proving their worth world wide.

“To the return of the Lost Boys.” Dean says holding up his stubbie of light beer and the close friends share a brief cheers.

Good to know that in spite of everything, somethings never change.

Bloody: Used to emphasise and exaggerate.

Fair Dinkum: Question of authenticit/disbelief (You for Real?). Exclamation.

Men at Work: Australian Rock band, best known for the Song ‘Down Under’

Not within Cooe: ‘Not even close’

You Beauty: Exclamation of excitement.