THE LIONHEART CHRONICLES: THE BEGINNING

Who is Thaddeus Duke?  Where did he come from?

To know Thaddeus Duke is to love him.  To know him is to respect him.  To know him is to fear him, because quite honestly, Thaddeus Duke is NOT your typical run of the mill professional wrestler.  Most come up as athletes in junior high and high school.  They learn to love the craft from an early age and work to learn to perform that craft usually right out of high school, or even before.

Not Thaddeus.  He was trained by his legendary father when he was 17, but that's only part of his story.  His real story which is all too often put down as science fiction.  It's a truly unbelievable story.  From his horrific beginnings to his leap through time and space, to his death and his resurrection, to becoming one of the greatest leaders of any nation, you need to see it all.

To know Thaddeus Duke, you must meet him.  For better or worse through all of the hard to believe, time bending travels, you must learn it all to truly appreciate him the way his friends and his fans see him. 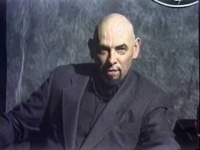 The labratory in which these men are gathered sits below an old one room house on the grounds of the Illuminatus property.  Three men, all total.  Father Asmodeus, of course.  His son, Sebastian Duke, heir to the Illuminatus throne and the vast fortune. 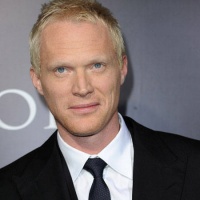 Sebastian Duke paces the laboratory.  His wife Caitlyn, nine months pregnant and unconscious on the operating table as Father Asmodeus does his work.

"Shears," Asmodeus calls out to Jake.  Jake though worries about his friend Sebastian.  Inseperable since they were 12 years old.  One thing is a must, if everything else you see or hear about Thaddeus Duke, his family, his life... if any of it is not believed, believe this: Father Asmodeus is an ice cold man with nothing on his mind except the furthering of the Duke family line and the complete destruction of the Catholic Church.

Root and stem, he always says.

"Damn it, Jacob, shears!  It MUST be the stroke of midnight!" he cries out.

"I can't do it, Father!" Jake replies, his hands shaking.

"Did you go and catch feelings too?" Asmodeus asks, admonishing his son Sebastian.  "You two ought to be ashamed of yourselves!  I've been here doing the work of our Master for nearly 40 years and you don't see me shedding a tear and do you know why?" he asks as he lays down his shears and comes around the operating table.  "Because I know what must be done.  I know what the Master commands and I make no distinction between right and wrong!  The Master does that and only through him am I righteous.

"Jacob, do what I brought you down here to do or you'll face the executioner."  It's an idle threat, mostly.  Asmodeus is the founder of all things Illuminatus but at the same time, he's not the executioner.  His 6 foot 9 near 300 pound tower of pure power son, Sebastian Duke, he's the executioner.  He doesn't take orders too well and he sure as hell isn't killing his best friend.

"Do what?" Sebastian asks snapping out of his own sulking to momentarily catch just what was going on.  "WHAT THE HELL WERE YOU BROUGHT DOWN HERE TO DO, JAKE?"

Jake doesn't answer and Sebastian grabs a fist full of Jake's shirt and slams him into the concrete wall of the labratory.  "I'm sorry," Jake replies as he slaps a set of handcuffs on Sebastian's wrist and then to a post extending from floor to ceiling.  With Sebastian distracted, Jake slips out and retreats to the other side of the room where he himself starts to sulk.

"Let me out of these fuckin' cuffs!" Sebastian shouts.

To be clear, Sebastian Duke knew the plan.  He approved of the plan because had he not, Kaitlynn would have been whisked away in the dead of night to some secret location that he's unaware of and his son ripped from her body while her lifeless body would have been discarded.  At least with him approving of the plan, he could be here.  Be here to stop his father from killling his wife.

Sebastian didn't love a lot of things and even fewer people.  Caitlyn Nguyen, the tall, beautiful, gorgeous blonde haired woman, adopted by two loving Korean parents shortly after birth- her he loved.  More than life itself.

Father Asmodeus takes the white haired boy from his mothers womb and cuts the umbilical cord.  The baby cries out healthily as he washes the baby down.

"Ecce heredis, Sebastian. Dicemus eum?" Asmodeus says in his favored Latin.  'Behold the heir, Sebastian.  What shall we call him?'

"GAAAAHHHHHHHHHHHH!!!!!" grunts Sebastian as he struggles against the handcuffs and tries to rip the pole from the ceiling.

Asmodeus notices the bar bending and lays the crying newborn baby boy in a basket and grabs a scalpel.  "ENOUGH!" he shouts at Sebastian.  "I'm sorry that I have to do this, my son," Asmodeus proclaims.  "She knows too much, and she's been nothing but a detriment to your work and continues to be a distraction.

"She's provided the heir and her time here is up.  She is no longer welcome within our walls."  And so coldly and non-chalantly, he takes the scalpel he's been holding and slices Caitlyn from ear to ear across her neck.

"No!" Sebastian shouts, obviously too late.  And in one final burst of strength, the breaks the post loose from the ceiling and is free.  He doesn't angrily go after his father or Jake for cuffing him, he runs to Caitlyn and cradles her head as she bleeds out on the table and slowly dies.

"There's still the matter of the boy..." Asmodeus begins before being curtly interrupted.

"Father!" shouts Jake.  Asmodeus looks over at him as he lifts the newborn Duke child from the basket.  Jake shakes his head, trying to urge the elder Duke to adopt softer language.

Asmodeus looks over at his son, cradling Caitlyn's head in his arms and crying into her shoulder.  "You take the time you need," Asmodeus begins, perhaps for the first time realizing that his son is capable of something he's not: love.  The High Priest of the Illuminatus looks down at the puckering face of his newborn grandson and joy takes hold in him for a fleeting moment.

"Maybe we should let the boy touch his mother?" he says softly as he offers up the baby to his son.

Sebastian takes the baby and he holds both mother and son very tightly.

"The cause endures, Sebastian," Asmodeus states.  "It does not end because we're sad.  I know this is difficult, but you muster up all the strength you have to carry on and raise her son.

"The Prince, he needs a name."

Sebastian steps away from Caitlyn and looks down at the face of his son.  "Thaddeus," he says.  "Thaddeus Leander Duke the Second."

The Duke's are HUGE into symbolism.  They have been for centuries even.  Asmodeus adopted the name he did because in ancient texts Asmodeus was the prince of demons and the king of Earthly spirits.  In this case, the Earthly spirits are his thousands of followers around the world.  His family name, Duke, is the English translation of the Latin Dux, meaning 'Leader'.  Sebastian he named in hopes that he'd one day live up to its literal meaning, 'venerable' or 'well respected' in other words.  Thaddeus Leander Duke?  Thaddeus means heart.  Leander means Lion.  Duke, of course is Leader.

It was perhaps a bit of foreshadowing on Sebastians part, naming him after his own grandfather.  While Thaddeus the First is pretty irrelevant in Duke Family lore, Thaddeus the Second has become a great leader and a masterful militarey tactician at only 20 years of age.  He's a ruthless warrior with a lovers heart.

He's Thaddeus Duke.  His friends just call him Thad, or "hey."  And you've just witnessed his birth, just like millions before you.