The only thing I can really critique would be the grammar and spelling mistakes that you either already know about, or are the results of typing as fast as possible, being human, and making a mistake. I do that all the time...

I say it several times over that grammar and spelling don't ruin things for me though I just notice them, it's what my brain does automatically, and then to feedback... Most of the time that's what stands out most because if I'm reading something top to bottom, there's a reason I haven't given up halfway through.

Ataxia's heel persona is something of greatness and once again gives me ideas for where to go with my own deranged character. Morticia says it best, what's chaos for a fly is everyday for a spider... Or something like that. What I mean, is that unless you have experience running a psychotic character and portraying "madness" accurately, people have a tendency to frown upon anything that is outside the realm of what they consider to be "normal."

Personally, I can see why some would look at that rp and make it to the end and be creeped the eff out. I loved the scene. It all made sense to me on a couple different levels and while not everyone is going to share my perspective, I for one loved your work this week. Then again there's few things that come from you that I don't enjoy, but I think you get my rambling point. You're a master of your craft and I'm looking forward to seeing "heel" Ataxia for the first time <3
"No great mind has existed without a touch of madness..."
~<3's moonlit walks and going tit for tat with Duce Jones~
Only person to own a pinfall victory over Caledonia <3
Semi colon.,Right Parenthesis.
Top

This might feel like a little thing, but I love that there's kind of a menacing/creepy/thriller pseudo supernatural feeling with the Ataxia character, but at the same time he's a bit irreverent. Does that make any sense? Like, it feels like Ataxia the character knows that on some level, this wrestling business is ridiculous, that he wouldn't be allowed to wear masks and suits and hide metal plates in his masks if he were a boxer or an MMA fighter.

I'm a little surprised at just -how- chatty he is, and how he's going into so much detail when trashing his opponents, but that's the nature of the e-fed I realize. It's so hard to make a character who's like a silent monster type. Do you know how many failed Kane clones there are, littered across the e-fedding desert like rusted cars after the bombs fell? It makes me so sad thinking about them. So yeah, I get that for those of us who wanna make 'weirder' characters, we kinda have to go a different route.

I have a question, in the second part of the promo, separated by the dash thing, we get the traditional "we see" promo format, but earlier it's just like a stream of consciousness sort of thing...does that mean that the first part of the promo is just him thinking, and CWF Fans(tm) don't realize any of that happened? If so, I would love it if the two styles were separated somehow in terms of style. Like, I know they were broken up by a graphical thing, but even with a few reads it took me a while to understand that that was the thing that was happening. Maybe that's me being a dumbass, but even still.

But yeah, I'm a fan. I loved Ataxia's match against Shadow, this dude is a trip and I want to see more.
Top

So the first time I saw an Ataxia roleplay when I started reading everyone's stuff was..... first, why do I have to click a link to go to an angelfire looking site to read this? Annoying. Then, oh my God the grammar and spelling. Annoying.

But, I'm saying that to say this:

I know a lot of people get bent out of shape over grammar, spelling and such, but I'm much more interested in the actual character work going on. Being that Ataxia is what he is, it kinda makes sense for the viewer to take in that this guy "don't speak or write too good". A guy in a fractured mental state probably isn't too worried about prepositional phrases and the difference between "thou" and "though". Also, the type of character you're portraying is HARD to portray well. There's a fine line between creepy and corny. So, I really appreciate that you portray it well.

I've written a character who was a sociopath, and when I was doing so I did a lot of reading and research into real life sociopaths/psychopaths. There are various ways it manifests. I wrote the classically charming but complete non-abilty for empathy and propensity to violence type. But there's the prone to vulgar outbursts type too, and that's what I see here -- and I mean that as a compliment. In the post for Modern Warfare and this week's, I was engaged with what you were trying to say. I do think we are both handicapped in some way because of a lack of familiarity of each other besides the last several months. It's hard to convey 20 years of history to you, and likewise, no way I'm gonna be able to get completely up to date on who your guy is this quickly. It's all surface stuff right now. It just takes time. But I see you as a guy I could write some great story work with given some time.

Rather than criticize anything -- what I will say is I prefer the second half of this promo to the first half. The first half is fine. We're kinda forced to do "trash talk" in this format -- but I don't think trash talk is nearly as effective for a character like this as the scene work where he's sitting in some creepy setting just letting the contents of his mind pour out. I enjoy trash talk and I'm not critiquing your content. Nothing wrong with it. But the scene work engaged me deeper into the character while the trash talk seemed a little like you were doing it because you had to. Without talking to you, the handler, I kinda wonder if you prefer writing the latter bit, too. Having Ataxia talk AT me (or anyone) while referencing me within the context of larger scale maniacal ramblings is so much more unsettling to me than speaking directly to me like everyone else does. It's good talk -- but you become just another guy with a dirty mouth in that setting. Does that make sense?? It's not a critique really -- just a thought on character presentation. I think there's another level for you, but the level you're on with this guy is already very good.

Second, I know any time I fire up an Ataxia post, I am in for some crazy, and this one did not disappoint. Some of the jokes had me on the verge of lol'ing, some were off the mark, but it really showcased the off the wall lunacy of Ataxia really well and got me interested in seeing how the main event plays out so definitely well done there. The trial concept was great and something I could imagine a Mankind type pulling off on a live show, so that was really cool. 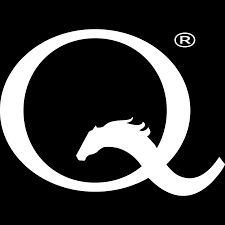